How [Anonymous] Increased Lead Conversion Rates 163% in a Single Experiment 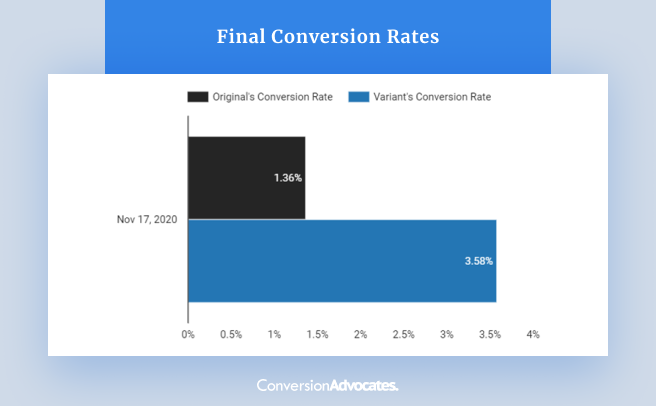 How do optimizing the form length and format, and center all CTAs of the Home Page to the same action will impact the engagement of the page visitors?

If all CTAs are redirecting to the same lead generation path and that the form is simplified then the visitors will engage more with the form and conversions will increase.

Many different paths to conversion

This lead generation client had many different paths to conversion starting from their home page. These included several pop-up forms, a page with a four-step contact form, a contact us page, quote requests, and several additional calls-to-action throughout the website. From the home page, a user could choose any of these potential paths via multiple calls-to-action with different captions on each.

The challenge was understanding which conversion paths had been the most successful, which had not, and then finding a way to leverage this information to maximize total lead generation conversions for the client.

Using our proprietary IIEA framework we were able to uncover opportunities to increase lead conversion rates of 163% in a single experiment.

By studying the metrics of each of these paths, we noticed that the page with the four-step contact form had been converting at rates more than double that of any other page on the website. 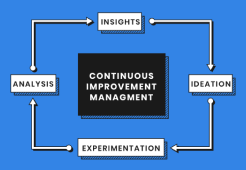 Based on the findings, we formulated our primary and secondary hypothesis for the experiment.

If all CTAs on the home page focus on the same action then website visitors would be less distracted and more likely to go through the buying process.

If the lead generation path from the home page was focusing on the top performing conversion path then website visitors would be more likely to go through the buying process.

In our experiment, we’ve created an optimized variation of the home page with the following changes. 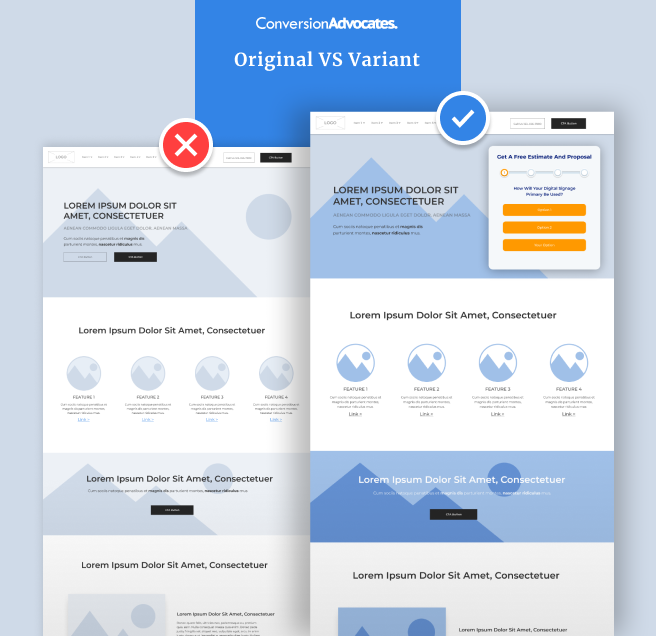 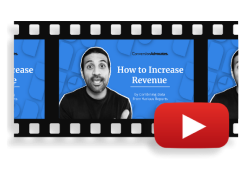 After running the experiment for approximately 2 weeks, our hypothesis was proven TRUE with a 93% confidence level that experiment results will continue.

Highlights From the Experiment Analysis

Overall conversion rate improvement of 163% over the Original. 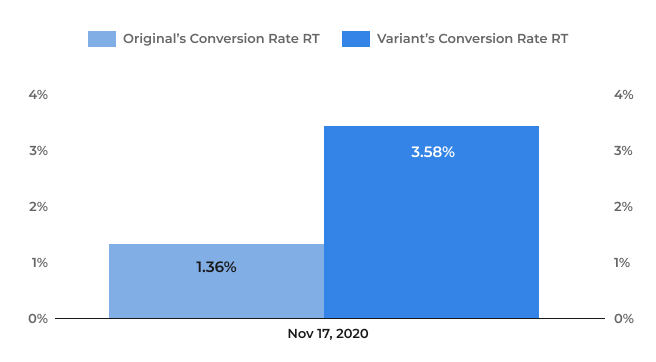 Want to hear what the owners of other companies had to say about working with ConversionAdvocates teams?

Check out their telephone VERIFIED Review on Clutch.

See how we can increase your revenue and reduce costs with data-driven experiments and our IIEA growth framework.

"47% increase in revenue per month"

Book a Discovery Call & Get a FREE Analysis

See how we can increase your revenue and reduce costs with data-driven experiments and our IIEA growth framework.

"47% increase in revenue per month"